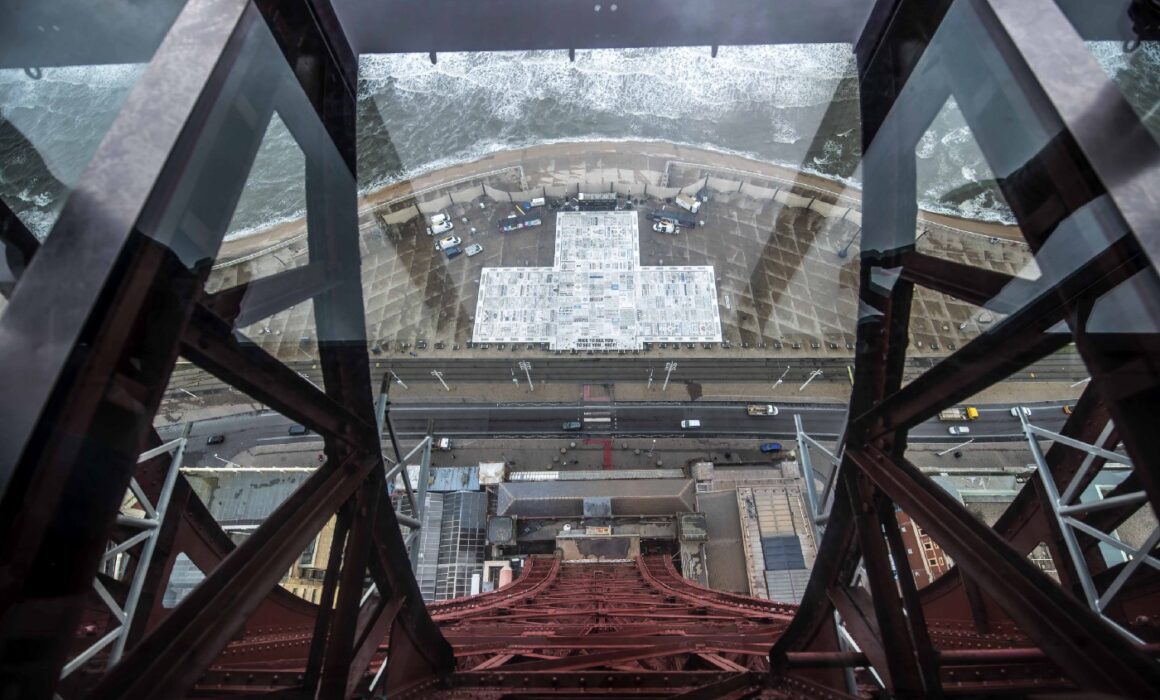 Creating a new visual identity was always part of my business reboot plan. After ten years with the same look, it was time for a change. But more importantly, I wanted a new identity that would more accurately reflect my refreshed business direction and approach, as well as give a nod to my roots.

Working with the super-talented Dave Sedgwick at StudioDBD, this is the story of how the new identity was created.

Dave began by looking at various relevant reference points which would encapsulate the above three elements. In the end, the iconic Blackpool Tower from my home town was an obvious choice to run with.

He then focused on the the tower’s angles and lines. By constructing simple layouts of type and letters using the architectural structure, the ultimate approach was kept as simple as possible.

“Finding reference from old schematic drawings and original plans, I was able to find consistent angle references to start work. The identity needed to be confident but not over powering: something timeless that would fit comfortably with the variety of cultural clients Marge works with.”

Following the initial research and development phase, Dave created a type-based logo drawn directly from the tower structure and schematics. It was absolutely vital that any connection to the tower wasn’t obvious. It needed to be subtle — a talking point rather than a distinctive and blatant tower icon.

“Marge has such a distinctive name that I wanted to use her first name for the brand.”

In addition to the full first name and initials logo, a stand-alone mark was also created. A simple cross in a box icon next to the letter M again referenced the tower, and gave the symbol some sense of confidence. As well as acting as a full stop, the icon can be used as patterns and structures across marketing collateral.

“The cross symbol developed into more symbolic icons which can be used in a variety of ways. Again taking reference from the tower structure, it’s a small play on the kiss sign-off given at the end of text messages and email exchanges. Albeit a little tongue-in-cheek it gives personality to the brand and suggests that Marge is a personable character who works closely with all her clients.”

The new identity also includes a lock-up monogram which draws on letters created in the early stages of design. We both really liked the symmetrical structure of this symbol, the sense of connection, and felt it worked well as a repeated pattern. The reverse of the letter-pressed business cards uses this device.

We both wanted to create an agile logo which would work across a variety of online and offline formats. The resulting identity is flexible enough to apply across a range of marketing collateral, and has the potential to evolve well beyond the initial roll-out.

“I wanted to give Marge some choice with her branding and not stifle her to using one individual logo in all circumstances. There is consideration to how the brand rolls out, but it has flexibility. What ties it together is the connection to the tower and subsequent connection to her heritage. The resulting identity is contemporary without being too fashionable.”

We were both inspired by the interior of the tower, so Dave used derivatives of the tones found in the beautiful tiled corridors and world-famous ballroom for the brand palette.

“The resulting palette has a classic heritage feel without any stuffiness or conventional associations.”

With huge thanks to Dave Sedgwick at StudioDBD, James Seddon at Cotton Creative and photographer Chris Payne.